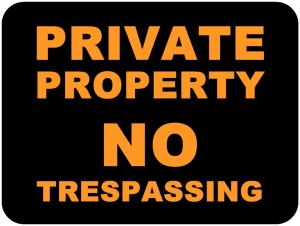 Maybe it’s just a campaign ploy, but the RNC seems to be listening to Americans’ concern about bulk metadata collection. According to Time Magazine, the RNC passed a resolution yesterday that calls for Republicans to pass amendments to the federal statute that currently authorizes the NSA’s data collection activities. The resolution asks that the amendments ensure “blanket surveillance of the Internet activity, phone records and correspondence — electronic, physical, and otherwise — of any person residing in the U.S. is prohibited by law and that violations can be reviewed in adversarial proceedings before a public court.” As I’ve said before, I think the best way to end mass government surveillance is by eliminating the third-party doctrine that makes it “legal.” Still, this is a promising start, especially considering that, as Time reports, the resolution “passed by an ‘overwhelming majority’ by voice vote.” Time cited this as “the latest indication of a growing libertarian wing of the GOP.”

The sad thing is that, even though I think such amendments could get tremendous bipartisan support in both the House and the Senate, and therefore pass easily, President Obama seems poised to veto anything that would end bulk metadata collection. If you listened carefully to his speech last Friday (check out my detailed analysis in last week’s podcast), you heard that the only thing about this program that he plans to change immediately is the depth of the queries that would be made of the database. Bulk metadata *collection* will continue at least until March, while Obama’s appointees try to square the circle: give government the same capabilities they currently have, without having metadata held in bulk by either the government, the individual phone companies, or an “independent” third party. As I said in my podcast, I think Obama’s hoping that by the time the appointees report back, saying that it’s impossible to have the same capabilities of bulk metadata collection without bulk metadata collection, Americans will have forgotten the whole thing.

So what is a privacy-minded person to do until we can either get rid of Obama and elect someone who will allow the end of bulk metadata collection, or until the Supreme Court overturns the third-party doctrine (my personal favorite)? Stop using the technology (phone, email, Internet browsing, etc.) that entails us sharing personal information with third-party service providers? Thankfully, no. Entrepreneurs are currently finding ways to make money while offering services catering to the privacy-minded. One company, called AnchorFree, is offering a service that

let[s] you browse the Internet anonymously–protecting you from the prying eyes of malicious hackers, governments bent on stealing your private data or even your everyday snoop by offering so-called activity encryption for anyone who accesses the Web.

Read more about it here at Forbes.

If email is what you want, you’ll be eager for the release of Lavabit’s Dark Mail Initiative, which promises easy-to-use, end-to-end encryption for a variety of platforms (Windows, Mac, iOS, etc.). I look forward to learning more about it when I interview Ladar Levison on my show. (The interview is currently scheduled for 2/7. Follow my other blog, Don’t Let It Go, to make sure you don’t miss it in the event it needs to be rescheduled.)

Robust privacy protection via technology is valuable even in the absence of a government engaging in unconstitutional bulk metadata collection. Still, I am skeptical of those who claim that it is possible to enjoy enduring, robust privacy protection via technology, when powerful governments are so clearly opposed to it. If Snowden and others are right, and the NSA is intent on knowing as much as possible about everyone’s online activity at all times, how long will it be before our government figures out some way to shut down AnchorFree, Dark Mail, or other privacy-enhancing service providers?

Despite my skepticism, I am eager to learn more about these technologies and maybe even try them out myself. Claiming the privacy we deserve in this way might even help further the public debate on government surveillance, and bring us closer to the day when we will enjoy proper legal protection for our privacy.